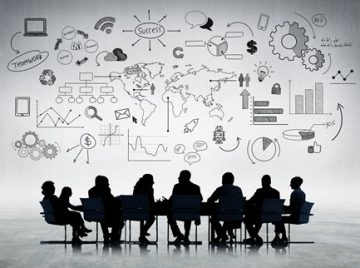 It has been another good conference. It’s a warm afternoon on the last day, and the presenter enthusiastically wades through lessons learned during the adoption of Tax Technology for VAT at his company. His was not the first on this topic. Earlier in the day we had a vendor espousing the latest greatest features of their products. The previous day a guest speaker had eulogised on how technology would transform the world of Tax in the coming years.

Sitting next to me is Mr. A, an experienced VAT manager based in Europe. Despite difficulties each month around Tax data and his doubts about the numbers reported, his company have yet to avail themselves of the new market offerings.  Aware that I’m a Tax Technologist and without addressing me directly he says audibly, “I hope I can retire before I have to deal with this”. He wasn’t looking for a reply and I didn’t offer one. He looks longingly at his watch as if to ponder whether this retirement can be brought forward to the end of the current work day.

Ms. B sits in a large Tax department at her company. She is good at her job and in the middle of her career. Several years ago I was there working on VAT automation projects and an opportunity came along for her to get involved. It would have been her first foray into technology. “Are you interested in having a go?”, I asked her, assuming that everyone was to some degree fascinated by technology like I was. “It’s not worth the risk to my career”. Her response took me aback, but then I took the time to understand that for early adopters there is a risk of being tarred with the brush of the almost inevitable IT misfortune. We lost touch a long time ago but sometimes I wonder if she still fees that same way today.

Mr. C lives and breathes VAT, and has done for a long time. He has worked for the authorities and a number of public and private institutions. His natural curiosity and energy has almost by default left him leading the Tax Technology effort at a large multi-national where he had been working for the last several years. The projects to date have been mostly successful and he is well respected. However, the CIO is surprised that when asked about the new VAT compliance processes at a shared service centre in India, he cannot respond immediately with the details.

Mr. C’s legal background leaves him with a different perspective than his CIO who has a long history exploring the overall business benefits of ERP and synergised global processes. The CIO’s approach is broad and holistic while Mr. C tends to think in depth and in detail. Perhaps Ms. B, who had the same Tax legal training as Mr. C, understood that and just decided to steer clear.  However, this is not the case for poor Mr. A who just feels confronted and more than a little tired.

The indirect Tax function at most large multi-national organisations is heading towards a digital transformation.  Adoption of technology to date has tended to add automation to a few elements of what remains an essentially manual process – in future this will become a truly information and data driven process, where manual activities will support the IT solutions rather than the other way around as at present.  This will add a new skill set requirement to the Indirect Tax function that will sit alongside the existing one for VAT legal expertise.

The early adopters of this new global technology in Europe did not have this context.  Lengthy and fraught projects delivered benefits but not always in the manner originally envisaged.  The next wave has the benefit of this hindsight plus a raft of new releases and products over the last 18 months – the vendors have also been paying attention.  These are exciting times for Tax Technology.