What can Tax managers at MNCs expect from the latest offerings? 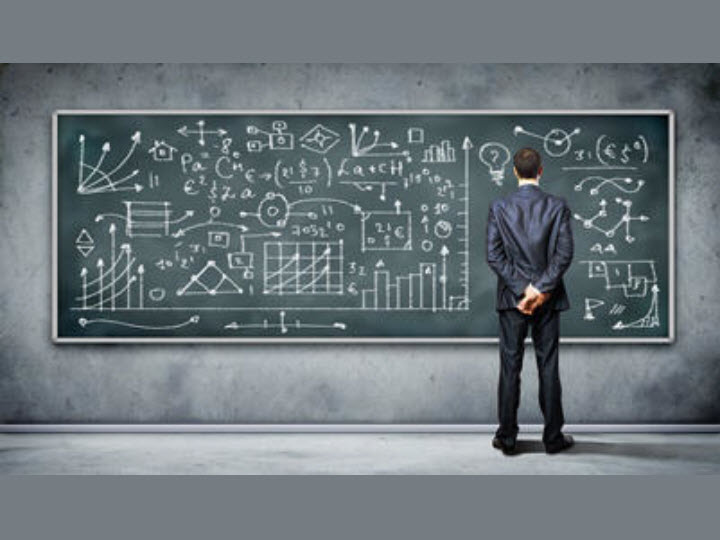 Tax data analytics is arguably the hottest topic in global tax technology today.  A raft of new offerings have entered the marketplace accompanied by soaring rhetoric and grand promises.  The new products, leaning heavily on the principles of big data, suggest that Tax managers will have a degree of insight, driven by data, that previously was unimaginable.  Are Tax managers right to expect this?

The potential benefits are considerable
In the wider world, if big data underpins such claims as the ability to predict crime*1, and the Chinese to socially engineer their populace*2, it makes sense that Tax should be able to benefit.  Let’s look at some possibilities:

The Tax function is, after all, one of the largest consumers of data in the organization and has no other end product besides information.  Logically, there must be an opportunity for Tax, but can it be delivered?

The track record says little
Most companies have invested in business intelligence (BI) solutions, a forerunner to big data, for a while.  However, the general feeling is that the Tax function has rarely benefited, with results being either inconclusive or inconsistent.  To be fair, this may not necessarily be fault of BI per se, but simply because the focus has been on more fundamental issues, like consistently getting compliance right in an era of rapid change.

However, recent hearsay is that early adopters of the new analytics tools are seeing results, but only after some effort.  While for commercial reasons, little information is generally available from the vendors, it seems that once again, there is the same obstacle to easy success that has dogged Tax departments for a long time.

No immunity to “garbage in, garbage out”
Herein lies the conundrum.  Tax data analytics is touted as the ultimate in both data manipulation and extracting insightful nuggets of information from both structured and unstructured sources, yet it is still subject to the impact of poor quality input data.

Whether we like it or not, ERP remains both the engine and source for much of our tax data, and its underlying data model is vast, complex, and rarely setup Tax in mind.  In our opinion, problems around ERP source data for Tax remain pervasive and, in its current form, almost impossible to fix.  What does this mean for Tax analytics solutions?

It means, just like for Tax engines and compliance tools, the data streams with ERP need a great deal of transfiguration before they can be useful.  This is accepted as normal, because just like the other products, the best are built with highly sophisticated and fully-featured capabilities for this very purpose, even if it requires significant skills and resources that are already in short supply.

Will it ever get any better?
So, what about ERP?  Can the situation be improved?

According to the vendors, the average age of an ERP setup is now 21 years.  Those with longer memories will recall the scramble to survive Y2K by rolling out third party ERPs, many for the first time.  Although the year 2000 ticked over with little fallout, we were left with a legacy of hastily implemented ERPs at a time when the idea of global Tax solutions did not exist.  Of course, every ERP has since been upgraded at the application layer (i.e. new versions of Oracle, SAP, etc.), multiple times in many cases, but few have ventured as far as addressing the fundamental way that their organization was represented on that ERP in the first place.

Let’s take a simple (short) example (I don’t want you to stop reading).  In release R12, Oracle completely re-engineered the way that you can represent legal entities including customers, vendors and even individual persons.  This Trade Community Architecture (TCA) encourages implementers to capture “first principles” information about legal parties and your relationship with them, even before you think about transacting with them.

This is in contrast with more traditional implementation methods that stress business flows first.  Under this approach for example, Customer information is only gathered to support orders, send invoices and collect cash.  For instance, the “Bill To” is just the address to which the invoice must be sent, yet most Tax solutions use it as the place that the customer belongs for the purposes of identifying the location of supply.  Yet, due to shared service centers, middlemen, vanity addresses, PO boxes and other c/o (care of) addresses, the address on the AR (e-)invoice and the true location of the taxpayer are not necessarily one and the same thing.

In reality, the “Bill To” is often a good approximation of the true customer location, but nevertheless, it is still only an approximation.  Given the number of data elements needed, and the number of circumstances under which each can be used for Tax determination, you can easily multiply the number of these approximations by hundreds or even thousands across the whole data flow.  As a result, you suddenly have a badly distorted representation of what is really happening from a real world perspective, and yet this is the basis upon which Tax data analytics must perform.

Clouds on the horizon …
Our belief is that in future, digitally transformed finance functions, including Tax, will take their data model much seriously at source, that is, in ERP.  Note that retrofitting improvements to existing ERPs can be ruled out for any number of reasons.  Data models cobbled together in the past are rife with dependency, workaround, inexactness, and obtuse human support networks that resemble Byzantine houses of cards.  Even though many survive today and their companies cannot operate without them, they are far too fragile to touch, and often fiercely protected by incumbents with some sort of vested interest or emotional attachment.

However, we believe that cloud will be different.

Migration paths have already been stretched to their limit over the last 21 years.  The path from Oracle version 11i to R12 alone required considerable data model gymnastics just to keep the appearance of a “like-4-like” upgrade.  In addition, businesses now need to bust out of their house of cards shackles if they are to complete in the marketplaces of tomorrow.  Furthermore, cloud ERPs are being reconstructed from the ground up to underpin the data-driven modus operandi of the future; and finally, compelling cost models offered by cloud for core ERP cannot be ignored by CIOs for much longer.  The stampede to cloud may not be long in coming.

… brightly lit by morning sunlight
In Oracle ERP Cloud, analytics is built directly into the database layer.  This alone should cause CIOs to pause and think twice about dumping (lifting-and-shifting) past clutter into the new platform without first taking a step back.  However, a fresh start is going to require some fresh thinking about traditional ERP projects also, and especially the role of data, and the structures necessary to thrive in a digitalized business world.

This is the essence of Tax data sensitization, and it involves constructing a highly encapsulated, primary and generic representation of the business based on sound data modelling techniques.  As such, this is not new science, but may be unfamiliar to those already used to ERP rollouts.  Once this happens, business data analytics will come into its own, and not just for Tax.

In the meantime
Does this mean Tax departments must wait?  No, it does not.  In fact, quite the opposite.  Improvements and immediate results are possible from analytics, including quick wins.  In most cases, the sheer processing power of analytics solutions alone will yield results, even with existing data (and if they are being used as a basis for tax returns, this adds further value, but would be the subject of another article).  Nevertheless, the role of Tax data analyst should be formalized as a matter of urgency if not already in place.

Alternatively, and at the other end of the spectrum, if you suffer major data issues, please do not think that Tax data analytics will magically solve your problems just by wheeling it in.  You are sure to be disappointed, and the tools may end up with a bad rap that they do not deserve.

This above will stand true for SAP even though it was principally written around Oracle products.  If your background is SAP then it would be great to hear your comments.