Brief: Technology adoption within the context of Tax function transformation 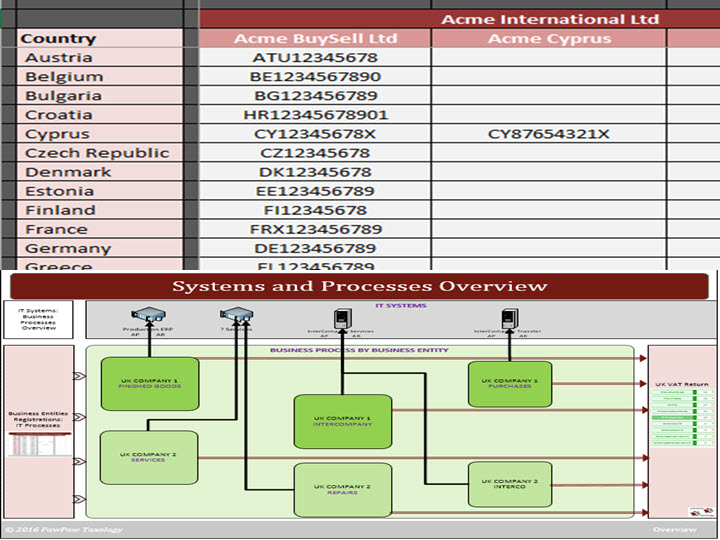 It had been an enjoyable night out with industry associates that we had known for a long time.  We were nearing the end of the evening and everyone was feeling relaxed.  Amongst us were two senior tax managers from a Fortune 500 company that had had a global tax technology strategy in place for more than a decade.  One leaned across to the other and said, “Why are IT projects so hard?”  The reply came with a sigh, “I don’t know.  I just don’t know.”

Hearing two respected colleagues express themselves this way was a trigger.  As Tax technologists with lots of experience, a great reputation and many successful projects to our name, we had noticed that this type of complaint persisted despite what we had achieved so far.  It was time to step back and look again.

A couple of years have passed since that evening and we have done a lot of research.  We found that the nature of the complaint concerned not only difficulty but also predictability.  Each new project or customer commenced with a high degree of uncertainty.  Even talented practitioners with great track records could end up with poor outcomes due to circumstances which are hard to predict.

We also found that tax managers did not get what they wanted.   Solutions had too many gaps, risk reduction was unclear and efficiency savings were questionable.  Furthermore, this only became apparent retrospectively, often after large sums had already been spent.  It was becoming clearer why our two Tax managers had felt that way.

Our external research did not initially reveal much, in part because industry players tend to hold cards close to their chest.  More recently, however, some great work has surfaced*.  For example, one paper highlighted that most companies have only just started the transformation of their tax systems and that commercially available solutions have limitations (something we think is related more to an expectations mismatch rather than the products themselves).  In addition, there is an acute dearth of suitable talent.  A further paper reveals how the vision for the tax function and its strategy are rarely aligned.  Still others discuss how the world of the tax department is being disrupted from all sides.

It is generally accepted that technology is instrumental to the future, but all the papers agreed on one additional item; that the tax function itself must adapt.  This has given rise to terms like tax function transformation, a broad concept from which each company must determine its own meaning.

But, what about Tax IT?  Many companies, shortly after dipping their toe in the waters of Tax Technology for the first time, develop a specialty internal IT group, sometimes implicitly but increasingly explicitly.  Is this not the adaptation that is required?  There is no doubt that it helps enormously, but yet it is not universally successful and often the original concerns remain.

Let’s use an analogy.

We want to build a house – a real house, one with four walls and roof.  So we hire some builders, supply them with best possible tools and materials, and let them loose.  There’s little doubt that they will produce a house for us, but will it be the house we want?  Probably not, given that from the beginning we were not too sure what it should look like ourselves.

So, to improve things, we find an architect amongst our team of builders and we sit together to produce a schematic.  A year later the house is built, but when we visit for the first time we are still disappointed.  Items were missed, assumptions made and the schematic looks different now that it is represented in real life.  If we had instigated regular site visits we would most likely now have the house that we want.  In fact, we may even have ended with a better house than we envisioned.  If the review process was sufficiently thorough it may have prompted new ideas that could have been incorporated in a timely fashion.  This would have given us the opportunity to learn a lot along the way.  Next time we will know better.

The planet is covered in bricks and mortar and yet the first time you tackle house building for yourself is likely to be painful.  Transpose this experience to Tax Technology initiatives and additional problems arise; there is far less historical collateral to leverage, and an IT project is a lot less visible than a hardhat construction site.  Technology projects are notoriously difficult to control and assess for risk.  Most don’t try, even for problem projects, preferring instead to pounce on symptoms rather than grapple with the more potent but otherwise intractable core causes.

However, in terms of this article, the analogy reveals another key aspect.  The builders carried on doing what builders do and not much changed.  So, for example, bricklayers will lay bricks and plasterers will plaster (in general the same rule can be applied to IT practitioners).  To get the result we wanted we had to change our behavior.  It was our careful involvement in the specification, the site visits, regular meaningful reviews and the builders’ knowledge we gleaned along the way that made the difference.

Before continuing we need to point out an exception.  A truly excellent builder will usually yield a great result by naturally engaging you in the process and being a catalyst for your creativity and insight throughout.  The same applies in Tax digitization.  Our experience is that the best results emanate from a few top teams and practitioners.  However, the key attributes of these star players are hard to pin down and even harder to acquire from the open market and bring to bear within your organization.

Note that we are not advocating star players, especially if they inadvertently or otherwise end up operating as mavericks.  They become bottlenecks over time and leave an unfillable hole when they depart.  However, the alternative idea of transforming the core Tax function is challenging to those who consider Tax as primarily strategic and advisory.  But for the sake of argument, let’s assume that idea can be accepted.  The logical consequences then look terrifying, especially if it encroaches upon the dreaded “IT” world.  Returning to our analogy for a moment, through acquiring some understanding of house building we were able to engage with the constructor and advance the end result without having to become bricklayers ourselves.  So, to achieve the same for the Tax function, where do we start?

A good place to begin is a high-level organizational mission statement, but in this article we suggest an equally viable alternative.  It is a simple, practical proposal that is less daunting.  It goes like this …

The Art of the Possible

During a traditional tax automation project, IT will visit the Tax manager’s desk on two occasions; first, right at the beginning to gather requirements, and second, for user acceptance testing (UAT).  What if at that first visit the requirements had already been gathered?  What if these are not just requirements but a complete formal description of what the tax function must achieve simultaneously reflecting the department’s vision?  What if this survives the life of the IT project and goes on to underpin all future IT projects and business process improvement initiatives, persisting in fact for the life of the Tax function itself?  What if they adjust to accommodate the inevitable business changes as they occur?  What if they can provide continuity and context to any technology initiative including Tax automation product selection?  What if this data was held and disseminated using modern information management techniques, providing authority, instant availability and a single source of truth for everyone?  The benefits could be extremely powerful.

What if something similar happens at the second visit for UAT?  This is the quality assurance piece, and its usefulness need not be restricted to project activities – it could be also invoked at any time to validate a live solution.

With these capabilities in place, the Tax function acts as both a partner and a counter-weight to IT, keeping them honest and on topic.  By both bounding and defining the space in which work takes place, the scope for risk is confined along with the opportunity to contain IT costs.  Perhaps the biggest gain manifests itself in the form of improved visibility into IT projects and solutions.  This includes a mechanism to measure automation progress against the department’s objectives. These are heady claims.  Is it really possible?

We believe it is.  Using relevant diagraming, specification, quality control techniques and content management software, we believe this is more than achievable.  This is not the whole story as there are organizational considerations and IT will continue to own the critical design, configuration and build elements.  However, it is low risk, pragmatic and benefits are realized early.  Pilot projects are showing great promise and the methodology is improving all the time.  Watch this space!

“It’s Documentation captain, but not as we know it.  It lives!”

So, the recommendation is to extend the Tax departments’ current core competencies in this direction.  Due to its business focus we strongly suggest this belongs in Tax rather than IT.  Your “Tax IT” group is a candidate to undertake this role only if they are highly business focused, otherwise they will never be in a position to act as a counterbalance to IT.  If they have either “IT” or “Projects” in their name then we suggest this means they are a specialist technology team and thus disqualified.  After all, this article is about putting the business first.  Existing star players are also candidates, but most likely would need assistance in learning to represent at least some of their knowledge formally using diagrams.

“You can’t do today’s job with yesterday’s methods and be in business tomorrow.”  – Anonymous

We see this exercise as falling within the confines of Tax function transformation as it is currently understood.  It promotes Tax business to being in a position to drive the technology rather than, as often happens today, leaving it at its mercy.  The chances of realizing technology’s potential increases while avoiding many of the pitfalls.  For most, this would be a big step towards a new world.